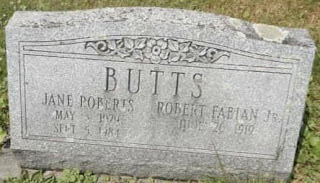 Jane and Rob gravestone--David Ross says: There is a memorial in Pennsylvania as well as a gravestone in New York.